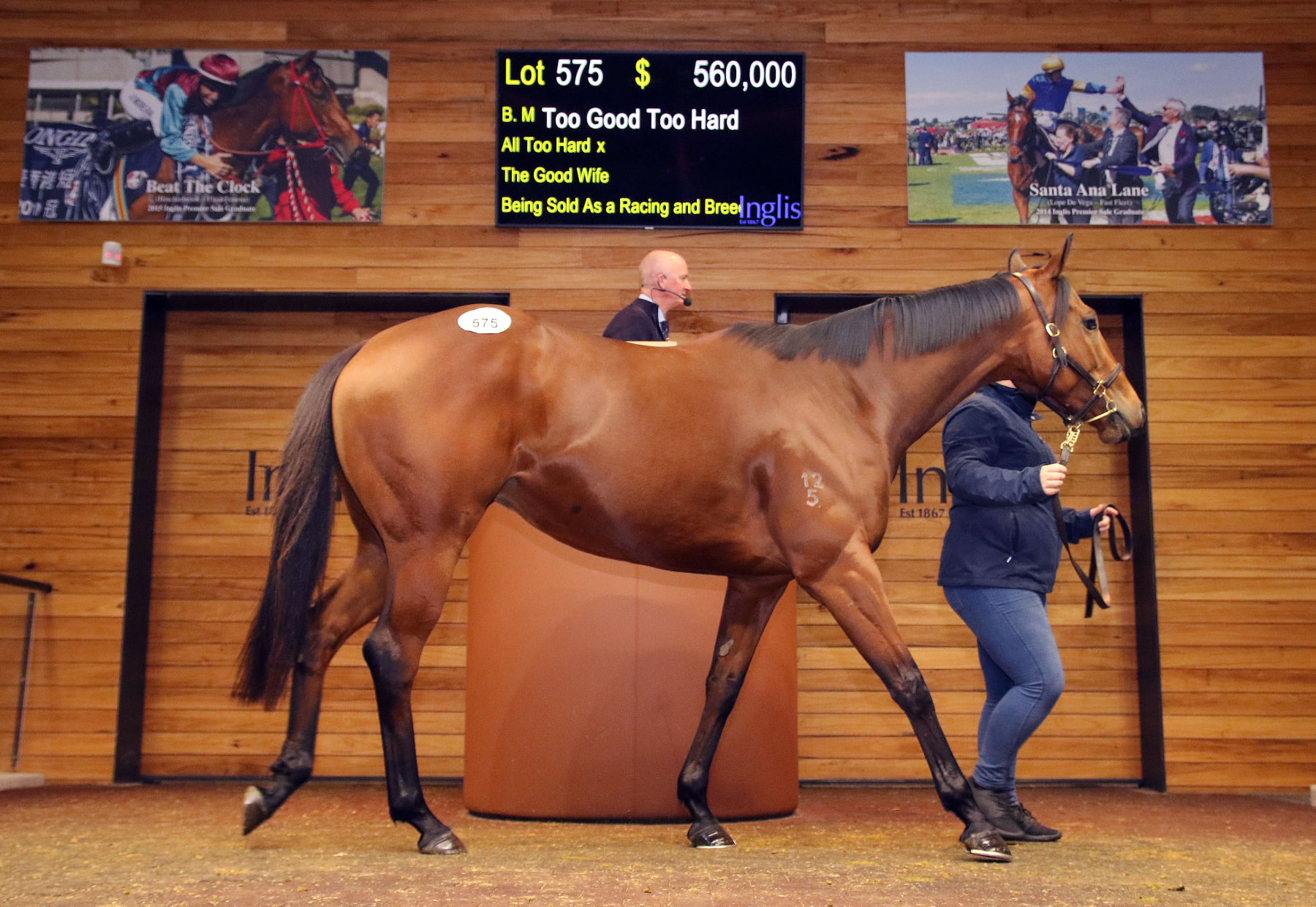 Multiple stakes-placed mare Too Good Too Hard set a new record price for a broodmare at the Inglis Great Southern Sale when selling to Suman Hedge Bloodstock for $560,000.

A winner of six of her 19 starts for Phillip Stokes, including her past two at Murray Bridge and placed in a trio of Melbourne stakes races last spring, Too Good Too Hard was offered as a racing and breeding proposition through Mill Park Stud’s draft.

As well as race performance, she also offers a strong pedigree, being a half-sister to stakes-placed It’s A Myth (Sepoy) out of The Good Wife (Redoute’s Choice), a half-sister to multiple Group 1 winner Divine Madonna (Hurricane Sky) as well as Group 3 winner Blessum (Umatilla {NZ}).

“She was such a beautiful mare and I’ve known a bit about her for some time because one of my clients is in her and I’ve been following her progress all the way through,” Hedge said.

SALE TOPPER! Stakes performer TOO GOOD TOO HARD (lot 575) of @millparkstud sells for $560k to @shbloodstock. Congratulations to all involved in this amazing result! #InglisGreatSouthern pic.twitter.com/zrznQWqXA6

“I hadn’t seen her before the Sale but when I first laid eyes on her I saw a beautiful mare and she’s got so much quality. She gets out over a bit of ground, has beautiful angles and moves so well.”

The mare is set to go to Yulong Stud’s Written Tycoon.

“It’s for a private owner and she has been bought for breeding purposes. She just suited him so well and he has mixed particularly well with the Flying Spur-line and there were a lot of reasons we liked her,” he said.

“The fact she came off Mill Park was a big reason as I’ve been dying to get a horse off them for years and have never been able to do so and if they’re not the best farm they’re in the discussion among some of the best-producing farms.” 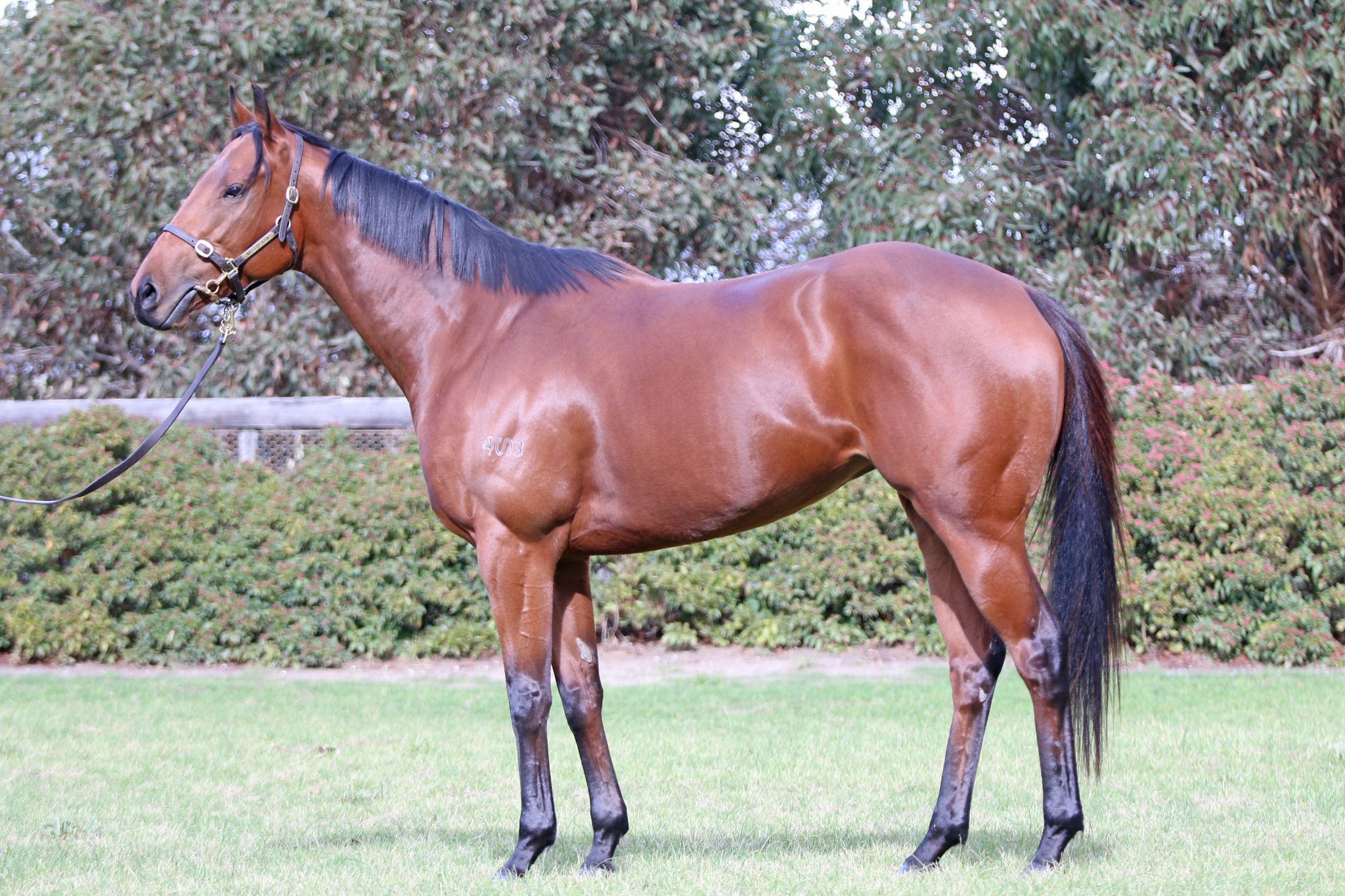 It was another terrific result for Chris Watson and his team at Mill Park.

“We knew she was a lovely mare coming here and she had great credentials coming here, so we knew she’d sell pretty well, but that was well above expectations. She’s gone to a fantastic buyer in Suman Hedge, so we are thrilled,” he said.

“These fillies off the track have been super popular this year and if they’ve got a bit of residual value with a big, deep black-type family they just sell exceptionally well.

“We’ve got two to three generations of this family. We would have loved to have kept her but we’ve got a lot of this family, so it’s going to be fantastic to see some of the family getting out to some other big studs and into the marketplace as well.”

The price was not a record overall for the Sale, which belongs to the stallion she is going to, Written Tycoon, who was sold for $625,000 as a stallion at the 2009 edition.