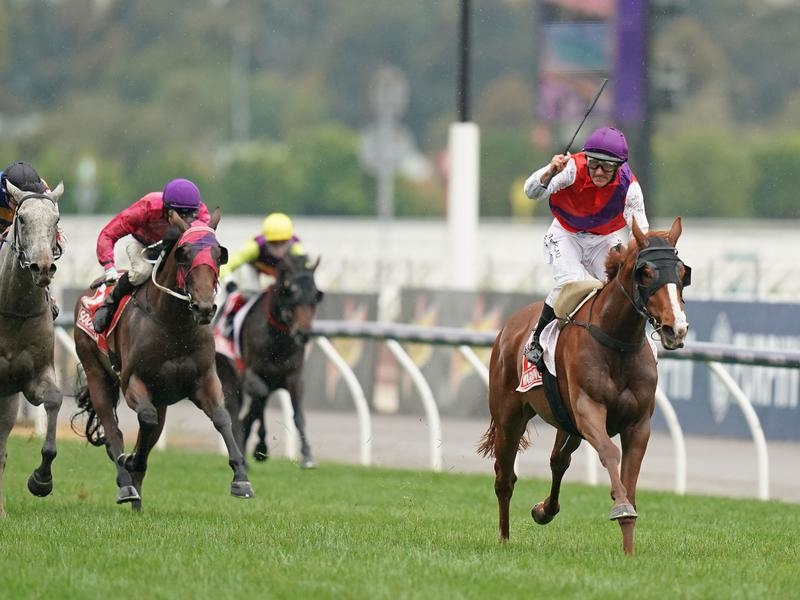 A Sydney Cup berth is in the pipeline for Victoria Derby winner Warning if the Mill Park sold graduate can reproduce a similar performance in the ATC Australian Derby at Randwick.

The last three-year-old to win the Sydney Cup was outstanding stayer Tie The Knot 22 years ago.

He was runner-up to Gold Guru in the Derby then backed up seven days later to topple the older horses in the two-mile feature.

“We’ve got plans to run him in the Sydney Cup if he runs well tomorrow, so the 2400 is going to be no issue,” Taylor said.

Warning proved his staying prowess in the spring with a dominant Victoria Derby triumph.

The Freedman stable will use that as a blueprint for Saturday’s ATC Australian Derby (2400m) and are counting on Warning’s stoutness trumping the class of his main rivals, including Randwick Guineas winner Shadow Hero.

“He and Castelvecchio are the ones to beat but we believe we’ve got the best staying horse in the race and we will try to make it a real staying test,” Taylor said.

“If we can do that we can get them off the bit nice and early and make them do the chasing.”

Warning has 52kg in the Sydney Cup with the stable to wait until after the Derby to confirm a jockey.