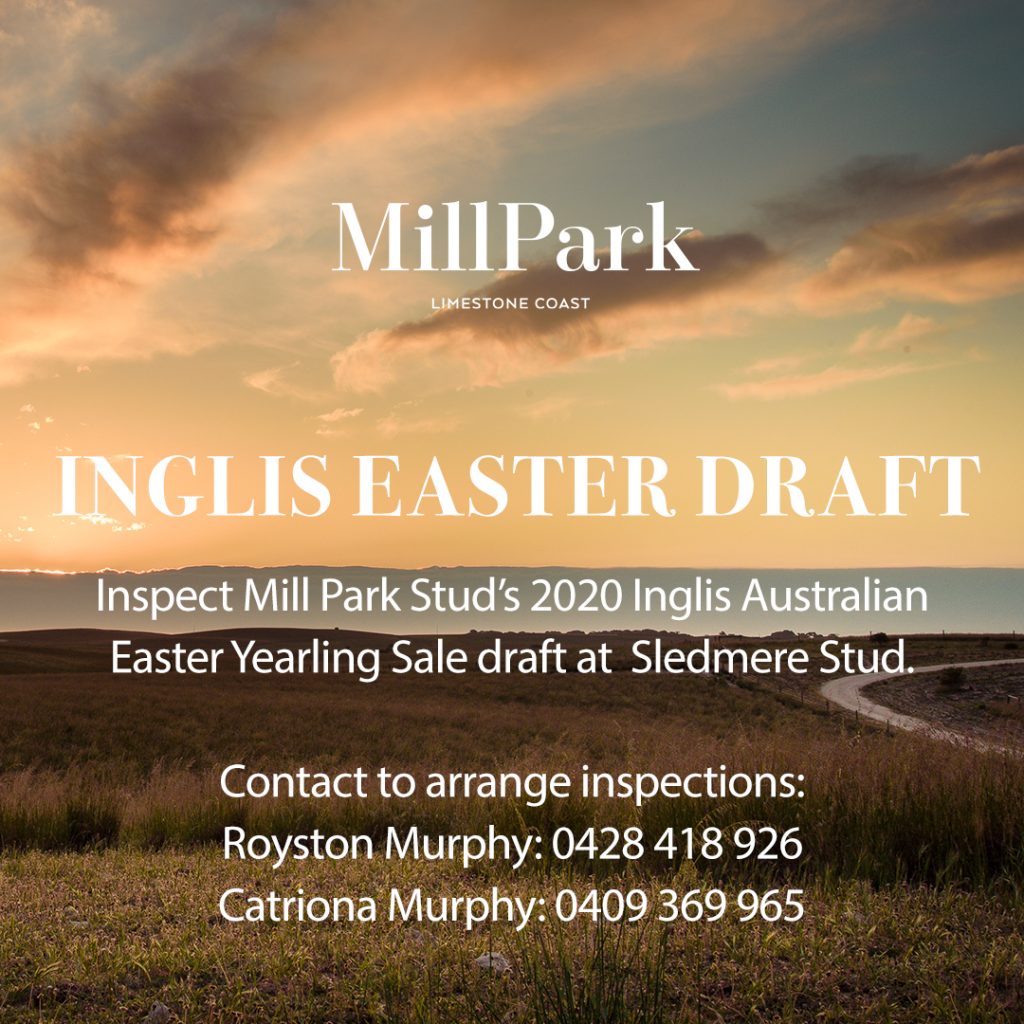 We all know we are in the middle of a very difficult time, however normality will return at some point and when that happens trainers will want good horses in their stable and leading South Australian nursery Mill Park Stud will offer four Inglis Easter yearlings buyers do not want to miss. 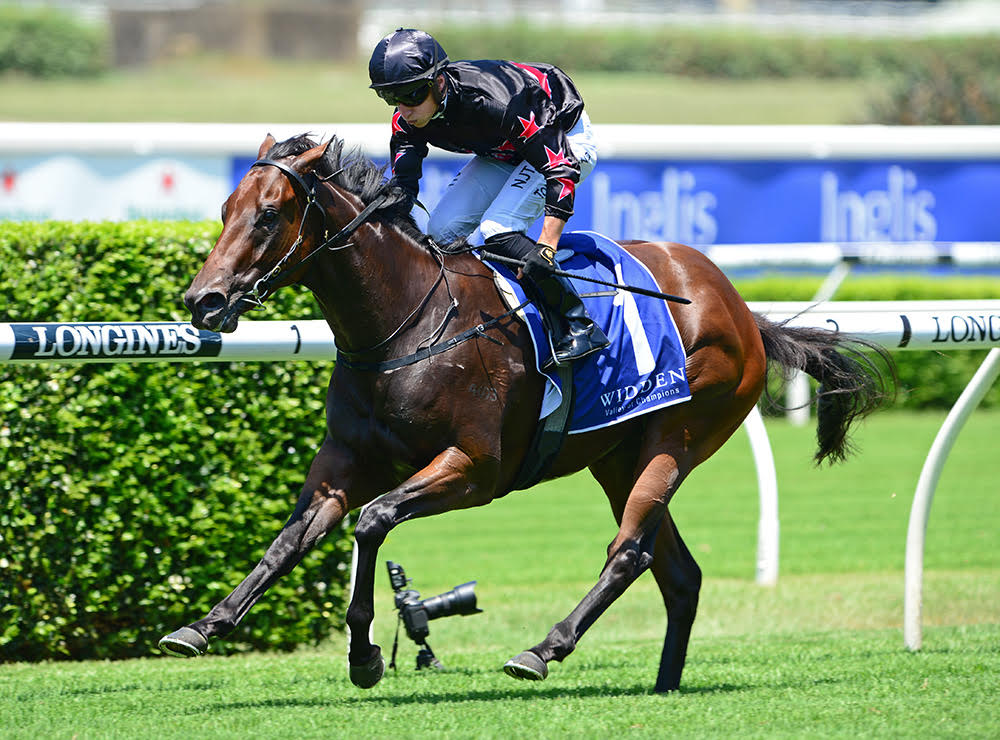 Brilliant 2YO Away Game has won over $2.3 million this season!

Mill Park is a proven source of Group I winners with current stars including Magic Millions 2YO Classic winner and Golden Slipper runner-up Away Game as well as Group I VRC Victoria Derby winner Warning, not to mention quality stakes-winning three year-olds Dalasan, Banquo and Dawn Passage .

The new generation of star performers are well on their way to following in the footsteps of past success for Mill Park that has been achieved by the likes of $3.8 million earner and Caulfield Cup hero Fawkner as well as Group I superstars including Booker, Southern Speed, Happy Trails, Rebel Raider, Serious Speed, Captain Sonador and Go Indy Go…. the list goes on.

Below are the four yearlings – three by I Am Invincible – to be offered at Inglis Easter Round 1 by Mill Park and they are available for inspection at Sledmere Stud in the Hunter Valley.

Stunning filly by champion sire I Am Invincible and very true to type. Fourth foal of Group III winner Molto Bene, a half-sister to Group I winner Mourinho and stakes-winner Classic Weiwei.

Three-quarter brother to Group I winner Booker and Group II placed stakes-winner Banquo, both of them sired by Capitalist’s sire Written Tycoon.

Lot 308 Colt I Am Invincible x Affable, by Husson (Arg)

Third foal of juvenile stakes-winner Affable, from the family of Group I winner and sire Turffontein and Group winners Beauty Spirit and Vergara. Bred on similar I Am Invincible x Hussonet cross to Group II winner Pure Elation and stakes-winner Kobayashi.

Third foal of stakes-winner Hussy By Choice, whose dam Little Flower is a sibling to Group I winners Castelvecchio and Maid of Heaven as well as Group III winner Mirrasalo.

A Group I winner last season at two and second in the Cox Plate last spring, Castelvecchio won the Group I ATC Rosehill Guineas last week and if racing continues to The Championships, he has further Group I goals on the horizon.