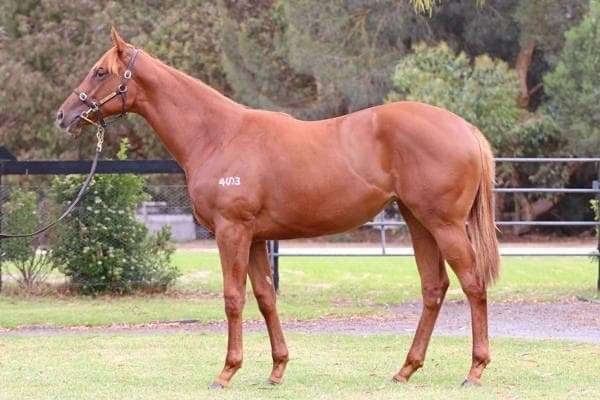 Mill Park’s Ballynora (Fastnet Rock), trained by Phillip Stokes, will make her second start in the Listed Without Fear S. while Legless Lady (Foxwedge) will debut in the event for Leon Macdonald and Andrew Gluyas.

Mill Park bred the fillies and were retained to race with partners while the nursery also has strong ties to G1 TAB Classic contender Instant Celebrity (Not A Single Doubt) and G1 Australasian Oaks hope Ecumenical (Zebedee {GB}).

Ballynora finished a promising third over this course and distance last month while Legless Lady has trialled ahead of her first raceday appearance.

“We’ve always tried to build up our broodmare band by racing a few of our own fillies. As far as the Fastnet Rock filly goes, we’d love to have her perform as well as Legless Lady (pictured above), she’s a three-quarter sister to Run Fox Run,” Chris Watson said.

“As far as the Fastnet Rock filly (Ballynora) goes, we’d love to have her perform as well as Legless Lady, she’s a three-quarter sister to Run Fox Run.” – Chris Watson

Ballynora is a daughter of the five-time winner The Special Two (War Pass {USA}), who is a half-sister to the G2 Yallambee Classic winner Special Harmony (Choisir).

The Special Two was a $220,000 Magic Millions National Broodmare Sale buy out of Newgate’s draft for Hancock Quality Bloodstock on Mill Park’s behalf.
She also produced a yearling colt by Zoustar, who has also been retained, and has a son of Shalaa (Ire) at foot and is in foal to So You Think (NZ).

“Ballynora was really encouraging on debut and it’s what you expect from a Fastnet Rock filly. She’s been progressive and showed a nice bit of brilliance, but always looked like she needed time and is a real 3-year-old style of filly,” Watson said. “What she has shown us to date has been very good.”

“Ballynora was really encouraging on debut and it’s what you expect from a Fastnet Rock filly.” – Chris Watson

Legless Lady is from a family that Mill Park has enjoyed great success with as her three-quarter sister Run Fox Run (Foxwedge) won the G1 Kenilworth Cape Flying Championship and the G2 Southern Cross S. Further back in the pedigree is the G1 Thousand Guineas winner Serious Speed (Royal Academy {USA}). 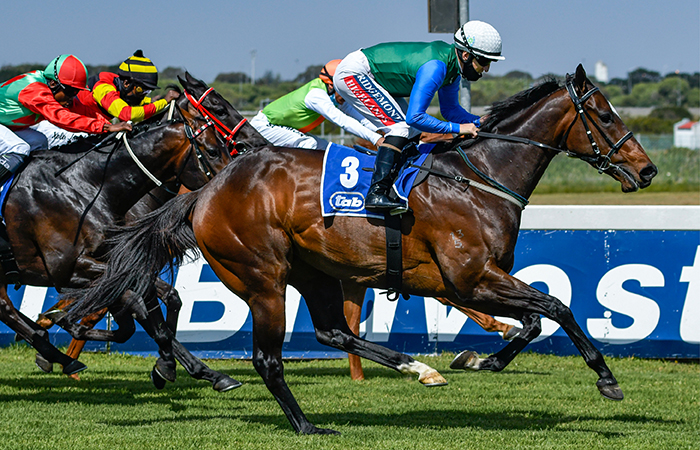 “We would have loved to have started her in a 2-year-old handicap, but there’s not much about so we’ll have a throw at the stumps. She’s up and ready to run so we thought we’d take the opportunity,” Watson said.

Legless Lady is a daughter of Champagne Jane (Starcraft {NZ}), who has produced Mill Park’s Pimm’s Party (Street Boss {USA}), a two-time winner from a handful of starts.

Mill Park sold a Shooting To Win colt out of the mare at this year’s Inglis Premier Yearling Sale to trainer Simon Miller for $150,000.

With what Pimm’s Party has shown us and the way the Street Boss’ have performed in the last couple of years we couldn’t not go back to Street Boss, he’s an exciting stallion,” Watson said.

Mill Park will also be taking major interest in the Group 1 performances of the Stokes-prepared G2 Thousand Guineas Prelude winner Instant Celebrity (below), who is raced by breeder Trevor Robertson and was raised on the farm, and Ecumenical. 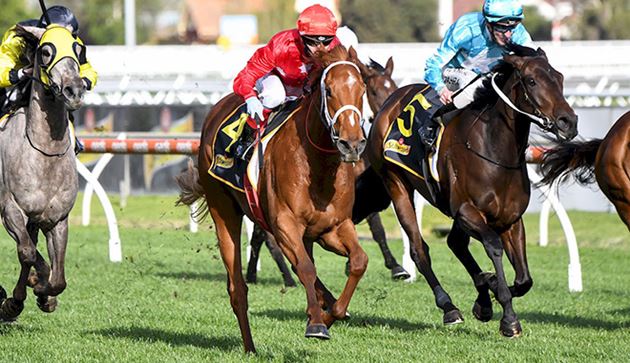 She was sold through Mill Park’s draft at the Magic Millions Adelaide Yearling Sale to trainer Mick Huxtable for $14,000 and has won four races, including the G3 SAJC Breeders’ Plate.