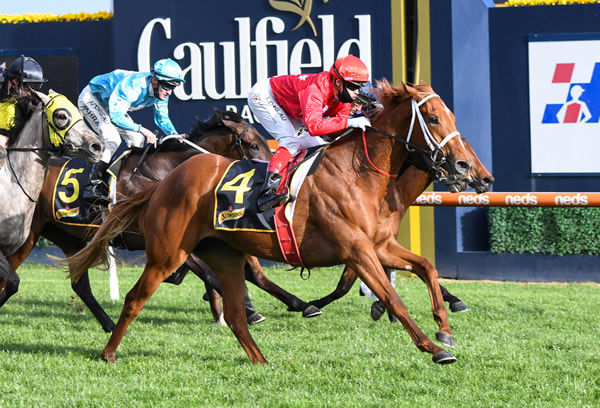 Promising Sydney three year-old Love Tap was not the only undefeated three year-old to taste Group success on Saturday with exciting Not a Single Doubt filly Instant Celebrity following suit to make it four wins from as many starts in the Group III MRC Guineas Fillies Prelude (1400m) at Caulfield on Saturday.

Prepared by Phillip Stokes, Instant Celebrity has been honing her craft in Adelaide winning her only two starts as a juvenile at the back end of last season including the Listed SAJC Oaklands Plate before resuming from a spell to win at Morphettville on September 12.

Ridden quietly back in the field by Craig Williams, she unleashed an impressive turn of foot to surge home and win by a length.

“She’s always done everything good back at Morphettville and just kept improving and got the confidence. She’s a real class act,” said Phillip Stokes indicating his filly would progress to the Group I MRC Thousand Guineas (1600m).

“I don’t think the mile will be a problem. She’s a lovely big scopey filly and I think she’ll even get further in time.”

A homebred for Trevor Robertson, Instant Celebrity has won all four starts to date earning over $267,000. 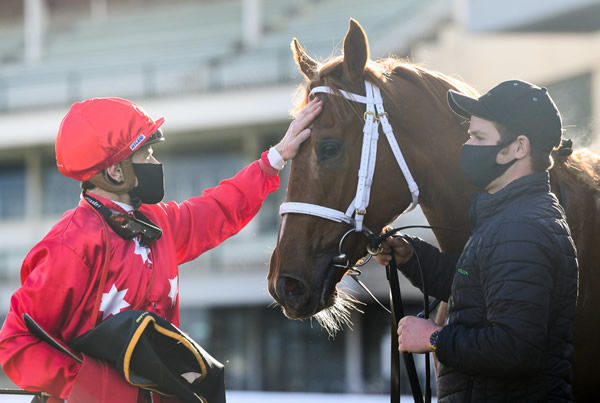 She is the best of three winners from stakes-winning Starcaft mare Celebrity Girl, who was bought by Robertson for $500,000 at the 2010 Inglis Australian Easter Yearling Sale.

She comes from a very successful Victorian Black Type family that has produced quality fillies such as Dashing Granada, Northeast Sheila and Jacqueline Rouge as well as Lonhro’s Group I placed Group III winner Generalife.

The first two foals Mr Robertson bred from Celebrity Girl to reach the track were by Sepoy and I am Invincible.

Both were handy winners, but after foaling a Not A Single Doubt filly in 2017 and missing to Pierro, Trevor Robertson consigned Celebrity Girl to the 2019 Magic Millions National Yearling Sale carrying a positive test to Pierro.

She was purchased by Aquis Farm for $280,000, but sadly her colt foal by Pierro died after birth and she missed to Santos last year, but has since been covered this season by Breeders’ Plate winner Dubious.

Robertson had much better luck with the Not A Single Doubt filly who was raised at Mill Park and is Instant Celebrity!

Instant Celebrity is the fourth stakes-winner this season for much missed Not a Single Doubt, who was retired from stud duty earlier this year.