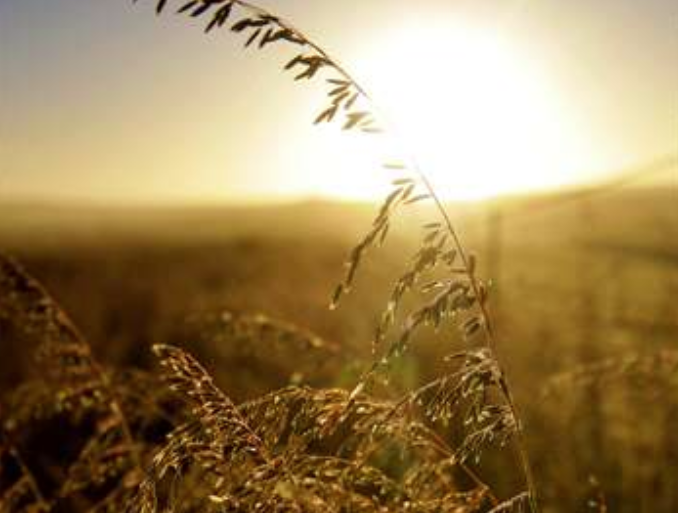 Along a long stretch of coastal lagoon in eastern South Australia, a blessed farm rears outstanding race graduates. The magic ingredient? Its limestone earth. Everyone’s equal on the turf or under the turf… unless, that is, what’s under yours gives you a decided advantage on top of it, in the blades of grass there born.

The Coorong, that long stretch of coastal lagoon in eastern South Australia, is perhaps more famous for producing pelicans – namely Storm Boy’s Mister Percival – than racehorses. But the sprawling property of Mill Park Stud has made great strides to change that.

Parlayed from a sheep and cattle farm to include a thoroughbred breeding establishment through the past two decades, Mill Park stands as one of the shining lights in an often dim South Australian thoroughbred scene, having forged a reputation over the years as a quality place to rear horses.

And a major reason is something that’s been under its undulating landscape for millions of years: limestone.

It’s a bit of a magic ingredient.

Historians will tell you it’s why Britain ruled the waves. The theory is that land’s high limestone content, and (notoriously) high rainfall, made for very strong protein levels in its beef, helping nourish brains over time to give Britons the developmental jump on their regional neighbours.

It’s also why Bart Cummings loved going to New Zealand, to find horses raised in those shaky but limestone-rich isles, yearlings with knee joints three-quarters of an inch thicker around than those of contemporaries most elsewhere.

And it’s a large part of why thoroughbred breeders choose Mill Park as an ideal site to “grow” horses. Some recent proof comes in the form of 5-year-old mare Booker (Written Tycoon), who was reared at the Watson family’s broodmare haven, and who won this year’s G1 Oakleigh Plate at Caulfield in a sizzling time of 1.01.94s.

Just to underline the point, Mill Park sits, near The Coorong, in a stretch of geography and geology known as the Limestone Coast.

But just to be sure, every year the farm’s General Manager Chris Watson takes a pasture sample and sends it to be analysed, at labs not just in Australia but also the US.

“The American lab,” he says, “tends to give a breakdown of the elements our nutritionist says to look at.”

Mill Park’s soil is high in calcium and protein. The results are hard and fast.

“We see it in the longevity of horses reared here, and hear it in the comments from trainers and other experts, that our horses have very good bone and size about them.” – Chris Watson

Blessed also by sufficient rainfall, the story for Mill Park was largely the same in the 30-odd years before horses came along, when it was purely a cattle and sheep farm.

“It is a renowned stock-producing part of the world,” says Watson, part of the third-generation from his family in charge of Mill Park. The sandy country over the limestone base has always been great for producing top quality cattle and sheep, and that’s transferred over the species into horses as well.”

Mill Park was founded by Watson’s grandfather Derek Simpson in the 1960s, on a series of virgin scrub blocks, one of which contained a pellet mill which made stock feed. Eventually it was taken over by Simpson’s daughter Serena and her husband Peter Watson (Chris’ parents). In time,

Serena branched into a different kind of four-legged pursuit, which would lead to her trainer’s licence.

She bought an interest in a racehorse called Linella (Fr) (Lionel {Fr}). She was fairly limited on the track although, Chris recalls, she provided “some great fun around the picnics and provincials”.

But it was as a broodmare that she excelled.

“She took Mum and Dad on a wonderful journey,” Chris says. “She was a great producer. She’d have a foal every year, and had ten or eleven all up. They would take a yearling to the sales in Adelaide every year, and that’s how they were introduced to the racing world.

”My parents then realised how much fun the horse industry was, and that it was a chance to make a decent living.” – Chris Watson

Reared at Mill Park thanks to that union was one of SA’s finest, Gold Guru (Geiger Counter {USA}). In a four-race stretch in the autumn of 1998, the Leon MacDonald-trained galloper claimed the G1 Australian Guineas, the Ranvet S. (beating Might And Power (NZ) (Zabeel {NZ}), and the AJC Derby, overcoming Tie The Knot (Nassipour {USA}). His only blemish was a second to Might And Power in what is now The BMW.

There was also St Clemens Belle (Don’t Say Halo {USA}), the 1999 winner of what is now Perth’s Kingston Town Classic.

“Our horse business really kicked on after that,” Chris Watson says. “To have those two come off the farm, it really seeded the idea that we’d love to breed some Group 1 winners ourselves.”

Mill Park bought My Madonna, a mare by Prego (Ire), at a mixed age sale in Melbourne. Put to Hurricane Sky, her filly was sold as a yearling in Adelaide to trainer Mark Kavanagh. Racing as Divine Madonna, she won four Group 1s in a 12 month stretch through to November, 2007.

Mill Park had bred and raced a Kenny’s Best Pal mare named Pushing Daisies. Her colt by Shamardal (USA), after being raised on the farm, was sold at the Gold Coast Magic Millions sale and became Captain Sonador, the 2010 Epsom H. winner.

The Watson team had also taken a stake in the progeny of Danewin mare Dane Belltar, a triple Oaks placegetter. Sent to Reset, the result was the outstanding Fawkner, triple Group 1-winner for Lloyd Williams, including the 2013 Caulfield Cup.

“He’s one of three Caulfield Cup winners raised on the farm, along with Mummify and Southern Speed. To have raised 16 Group 1 winners from these pastures is something we’re very proud of,” Watson says.

Together we are stronger

Mill Park has some 80 broodmares in residence, around 25 of whom count the stud in their ownership. The majority of mares are sent east to breed, eventually bringing back their foal.

And there are no plans to bring in a stallion. Amid the challenges facing the South Australian thoroughbred industry, one hurdle is its distance from the eastern states’ breeding strongholds, a reason Watson isn’t interested in standing sires and trying to lure broodmare owners to SA.

“At the same time, it’s a great place to be in the horse industry,” he says. “We’ve got a smaller population, and smaller horse population, than the eastern states, but that means everyone in the industry here is supportive of one another, and together we are stronger, which will always ensure the viability of our thoroughbred industry.

“Everyone in the industry here is supportive of one another, and together we are stronger.” – Chris Watson

“South Australia has had some problems, which you see in the exodus of some big trainers out of the state. The state government is only now realising the size of the racing and breeding industry and their economic impact, which has kick-started the right sort of funding and assistance model.”

The way ahead should still look “rosy”, Watson says. In the immediate future, and his immediate vicinity, this could start with the farm’s forthcoming offerings of some 45 yearlings in the new year.

Around 12 of the “more precocious” or speedy types will go to the Gold Coast Magic Millions Yearling Sale. They’re highlighted by a filly from the first Australian crop of US Triple Crown winner American Pharoah (USA), out of the Redoute’s Choice mare Choice Of Colours.

There’s also a filly by Snitzel out of the speedy I Am Zelady (I Am Invincible), and Booker’s three-quarter brother, by Capitalist out of Noondie.

Following that, a further eight yearlings, representing more of a mix of speed and stamina, will go under the hammer at the Inglis Sydney Easter and Inglis Melbourne Premier sales, before another 15-20 at the Adelaide Magic Millions.

It’s all part of the grand puzzle that keeps Watson thinking, guessing, and maximising the chances that there’ll be more headliners emerging from his limestone-laced paddocks into the future.

“I love diving into the bloodlines, looking back through the generations and contemplating matings,” he says. “It does keep you thinking the whole time.

“Put it this way, it’s a bit more exciting having a herd of thoroughbreds to look at than a flock of sheep.”