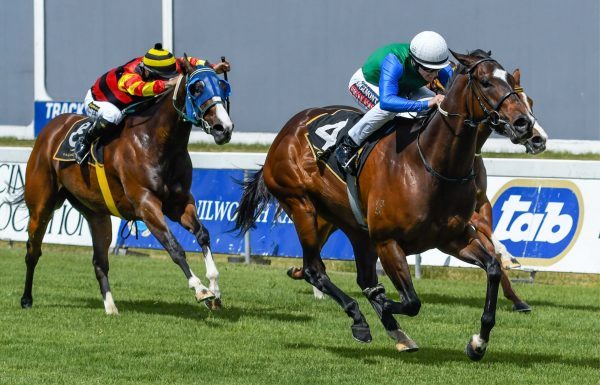 Brett Crawford, Anton Marcus and prominent owner-breeders Ridgemont enjoyed a superb day out at Kenilworth racecourse on Saturday, and the combination teamed up for a third win on the day when teaming up with the unbeaten Run Fox Run to land the G2 World Sports Betting Southern Cross Stakes (1000m).

Unbeaten in her four previous start, the Mill Park bred four-year-old was sent off a well backed 12-10 tote favourite for Saturday’s R350 000 sprint for fillies and mares, despite Run Fox Run facing her toughest task to date and having her first start since winning the Listed Olympic Duel Stakes impressively back in May.

Last year’s winner Princess Rebel and 50-1 outsider Celestial Storm went out to make the running, and the pair were still clear with 200m left to go.

However, Marcus knew what he had under him, and he bought Run Fox Run with a strong late clear which took the pair to a two and a quarter length win, while claiming the 2019 Southern Cross Stakes in a time of 57.19.

Princess Rebel once again proved her love of the 1000m trip with a game effort back in second, with Celestial Storm picking up some valuable black type by taking third.

Run Fox Run, who has won all five starts by an aggregate of nearly 12 lengths, was a $420 000 buy from the 2017 Inglis Australian Easter Yearling Sale.

The filly, whose Written Tycoon half-brother made $900 000 at the 2019 Easter Sale, is one of 15 stakes winners sired by Fastnet Rock’s son, and G1 William Reid Stakes winner Foxwedge, who now stands at Woodside Park Stud in Victoria.