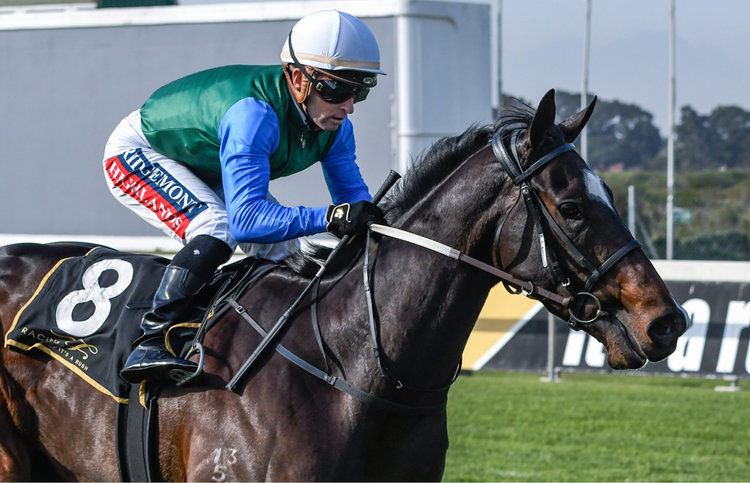 The hugely exciting Foxwedge filly Run Fox Run showed her class in no uncertain terms when romping home to a stylish victory in the Listed Olympic Duel Stakes at Kenilworth on Saturday.

Bred by Mill Park, Quality TB Joint Venture, the filly is now unbeaten having won each of her four starts in scintillating fashion.

Despite facing a big jump in class, the Brett Crawford trained Run Fox Run was all the rage for Saturday’s 1200m contest, and duly started a 17-20 tote favourite.

Under jockey Greg Cheyne, the 3yo was always up with the pace, and when asked her effort, Run Fox Run simply pulled clear, under a hands and heels to ride, to score an effortless five length win.

Trainer Crawford was at Scottsville, but assistant Barry Donnelly’s response was brief but so true

“She was super impressive and coasted in. It’s been a long time since I’ve ridden something with a cruising speed like this” he said.

The latter claimed the R93 750 first prize in a time of 71.52, and looks destined for bigger and better things judging on the style of her win on Saturday.

Run Fox Run, who is owned by Ross and Craig Kieswetter and Ridgemont Highlands, was a $420 000 purchase from the draft of Mill Park Stud at the 2017 Inglis Australian Easter Yearling Sale.