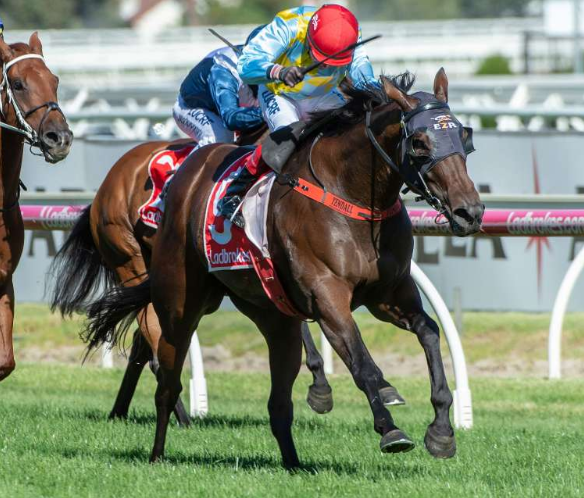 Mill Park boasts a high quality broodmare band and they will be visiting an array of Australia’s most commercially attractive stallions this season with the leading South Australian operation also utilising a number of high profile newcomers.

While the Watson family is blessed with quality in its breeding stock, it doesn’t make the stallion selections any easier with lengthy annual round table discussions helped along by a social element to the exercise.

“It’s a real family affair. My parents Peter and Serena are involved as is Sian, my wife, who also is our resident veterinarian and a strong influence in the decision making,” General Manager Chris Watson said.

“We all bounce ideas off each other and somehow eventually arrive at a decision everyone is happy with. It is a long process looking at type, pedigree and aptitude, with arguments and many bottles of red involved.”

Among the higher profile Mill Park matings this season is the G2 Doomben Roses winner and G1 Queensland Oaks runner-up Arabian Gold (Dubawi {Ire}), who is visiting I Am Invincible.

“We also have In Style going to Brazen Beau and Elegant Eagle will be going to Justify.” – Chris Watson.

“We’re sending Beluga Blue to Pierro while I Am Zelady will go to The Autumn Sun,” Watson said.

Beluga Blue (Lookin At Lucky {USA}) was a stakes winner with a deep pedigree that includes the G1 Vinery Stud S. winner Montoya’s Secret (High Chaparral {Ire}) and I Am Zelady (I Am Invincible) is a half-sister to the Group 3 winners Excites Zelady (Excites) and Zelady’s Night Out (Myboycharlie {Ire}).

“We are lucky enough to have a very commercial broodmare band with a broad mix of sprinting, middle distance and staying mares to breed this year so we will be using first season sires Harry Angel, Saxon Warrior, Trapeze Artist and U S Navy Flag as well,” Watson said.

“We run about 80 mares on Mill Park. We try to have a static number of broodmares and concentrate on improving our quality each year.”

Among the more recent additions to the line-up is the $270,000 Magic Millions National Broodmare Sale buy Volk’s Lightning (NZ) (Volksraad {GB}), who won at Group 3 level and was a Group 1 placegetter. She is booked to visit Zoustar this season.

“We’ve added a number of lovely maidens to the broodmare band this year as well,” Watson said.

“We’ve added a number of lovely maidens to the broodmare band this year as well.” – Chris Watson.

Included in the off the track purchases are Secretly Discreet (Lonhro), a daughter of the G1 Schweppes Oaks winner Maybe Discreet (Shamardal {USA}) and the Group 3 performer It’s A Myth (Sepoy) who is closely related to the two-time Group 1 winner Divine Madonna (Hurricane Sky).

Mill Park also maintains a racing team, usually comprising up to half a dozen fillies.

“We try to keep a small share in a colt or two that we sell through the yearling sales as well,” Watson said.

They are particularly looking forward to the continued progress this season of the Mill Park-raised and Listed Rosebud S. winner Dawn Passage (Dawn Approach {Ire}), who the farm sold for $150,000 at the Inglis Melbourne Premier Yearling Sale.

Another of their graduates from that auction was the $80,000 purchase Dalasan (Dalakhani {Ire}), the winner of three of his four starts, including the G3 Spring S. in which the colt defeated the subsequent G1 Memsie S. winner Scales Of Justice (Not A Single Doubt).

Flying the Mill Park flag further afield is Run Fox Run (Foxwedge), who is unbeaten in four appearances in South Africa with the Listed Olympic Duel S. title on her CV. She was sold at Inglis’ Easter Yearling Sale for $420,000.

“Topping the Sydney Easter Yearling Sale by vendor average and selling our first million-dollar yearling for one of our most loyal clients and friend in David Peacock were highlights we will remember for some time,” Watson said.

The Brazen Beau colt out of the G3 Spring S. winner Just Discreet (Exceed And Excel) was knocked down to Orbis Bloodstock for $1,150,000. A half-brother to Run Fox Run also made $900,000 to the joint bid of the China Horse Club and McEvoy Mitchell Racing.

“Booker winning the Oakleigh Plate in a history-making time was another key highlight on the racetrack for us here at Mill Park,” Watson said.