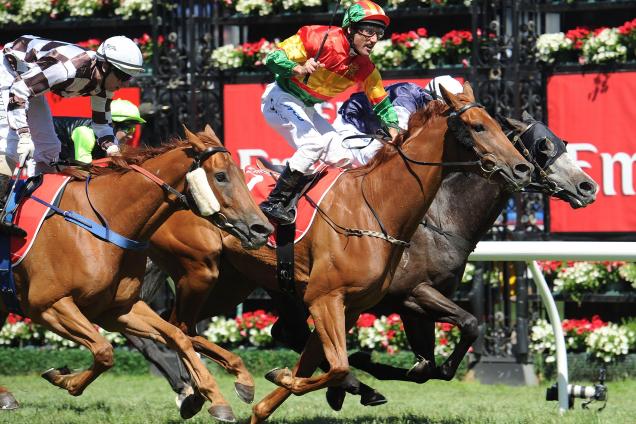 Leading South Australian nursery Mill Park Stud is never without star performers and the current crop of headline making graduates include 2019 Group I VRC Victoria Derby winner Warning, who was purchased from their Magic Millions Adelaide draft in 2019.

A $65,000 purchase for Sam Freedman/ De Burgh Equine, Warning has already won over $1.3 million in prizemoney and there is no reason to think the son of Declaration of War (USA) won’t be winning more lucrative staying features as his career unfolds.

The new generation of star performers are well on their way to following in the footsteps of past success for Mill Park that has been achieved by the likes of $3.8 million earner and Caulfield Cup hero Fawkner as well as Group I superstars including Booker, Southern Speed, Happy Trails (pictured above), Rebel Raider, Serious Speed, Captain Sonador and Go Indy Go…. the list goes on.

Mill Park will offer a quality draft of 16 for Magic Millions Adelaide with highlights below:

By a very hot sire of the moment and is the first foal of a well bred young mare from the family of Group I winner Snowland and Group II winners Portillo and Ghisoni.

Half-brother to smart winner Ritratto from stakes-placed Family Portrait who comes from the family of Group winners Fontiton, Sartorial Splendor and Tequila time.

Second foal of an unraced half-sister to Group II winner Catapulted from the family of Group I winner Ihtsahymn as well as juvenile stakes-winners Jukebox and Beethoven.

This colt has a good pedigree update as his dam is a half-sister to Group II placed Miss With Attitude, the dam of recent South African stakes-winner Crown Towers.