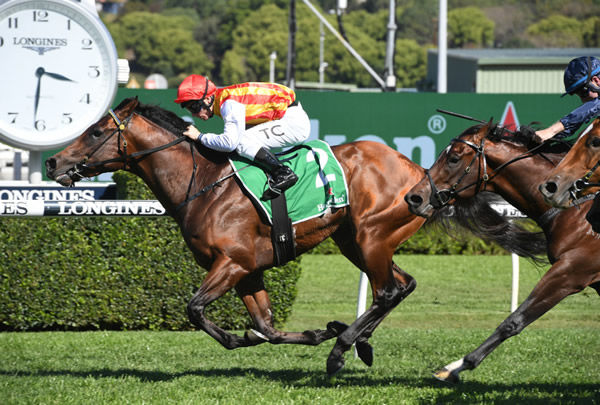 Peltzer (So You Think) will contest his second $1 million race of the spring when he lines up in tomorrow’s Bondi Stakes (1600m) but this time his trainer Gerald Ryan expects a different result.

Peltzer has also been back in the winner’s circle, leading throughout in the Stan Fox Stakes (Gr 2, 1500m) last start to secure his place at the top of Bondi Stakes market. While Ryan admits no race is easy to win, he expects Peltzer to justify his favouritism at his pet track.

“He has contested one $1 million race and he will win the next $1 million race,” Ryan said. The trainer’s confidence is due, not only to Peltzer’s liking for Randwick, but also a recent epiphany. After his Golden Rose defeat, Ryan didn’t feel the horse was at peak fitness despite three tough, conditioning runs. So he stepped up his training and the result was a Group 2 win.

“Seven starts, you should know how to train them but he was always pulling up bigger than what I thought he should have,” Ryan said. “So I started working him harder and he looks better since.”