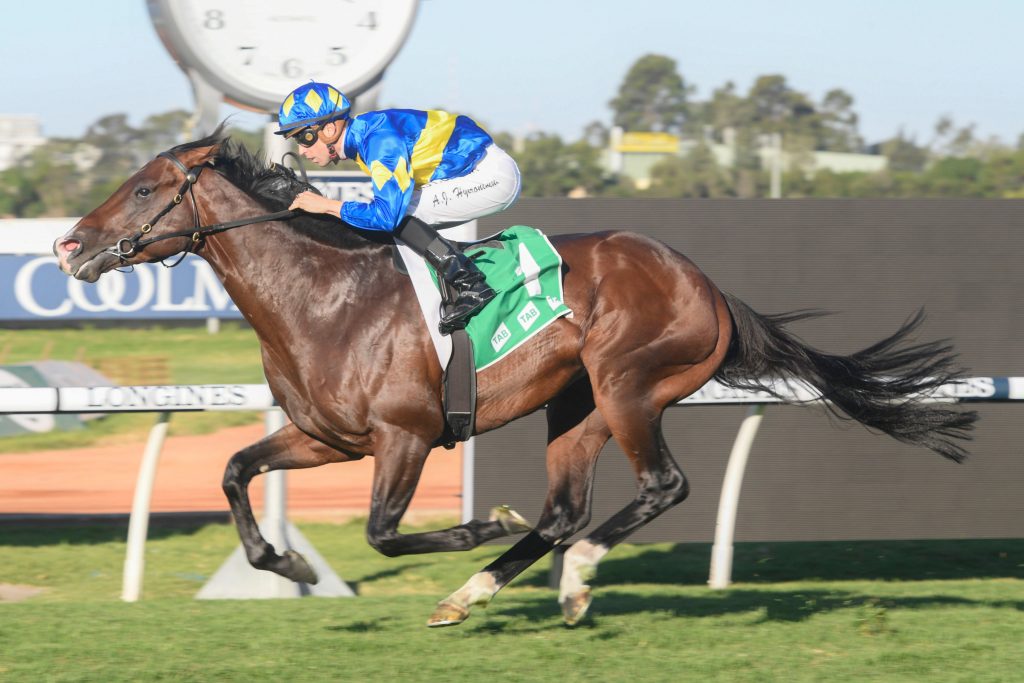 At his best, Dawn Passage can mix it with the best three-year-old around and the son of Dawn Approach (IRE) was at the top of his game in Saturday’s Group III Blacktown Workers Hawkesbury Guineas (1400m) at Rosehill.

Given a positive ride by Adam Hyeronimus, the Gai Waterhouse and Adrian Bott-trained colt strode clear to defeat the Uncle Mo (USA) filly St Covet’s Spirit by two and three- quarter lengths with the Sacred Falls filly Icebath a half length back in third.

“He is an unusual horse and I think it was a mixture today of the dry track, his third run and he was in touch with the speed,” Waterhouse told AAP.

“The moons aligned for him, everything came right on the day.

“We will go to the Inglis 3yo Guineas next and then we will look at Brisbane.

“We have had a great carnival and it’s not finished yet.”

Dawn Passage won two of his three starts including a win in the Listed Rosebud (1100m) and has not been far away when taking on the silk department in the Group 1 Golden Rose, Group II Run To The Rose and Listed Darby Munro Stakes.

Bred by South Australian Hall Of Famer Harry Perks, the striking son of Dawn Approach (IRE) advances his record to 3 wins, 1 second and a third from 8 starts with earnings of $498,000.

The son of former Darley shuttler Dawn Approach (IRE) is a half-brother to the Group III SAJC Jansz Stakes winner Dinkum Diamond (Keep The Faith), out of Raja Lane, a crack racemare by Devaraja, who banked over $428,000 with seven wins highlighted by the Group III SAJC Dermody Stakes.

Dawn Passage is the eighth foal and the sixth winner for the pensioned Raja Lane who is also the dam of the Group III winner Dinkum Diamond (Keep The Faith) who is the dam of the highly talented Graff a $1 million earning son of Star Witness who could not add to the family fortunes on the day when finishing fourth in the Listed Hawkesbury Gold Rush.