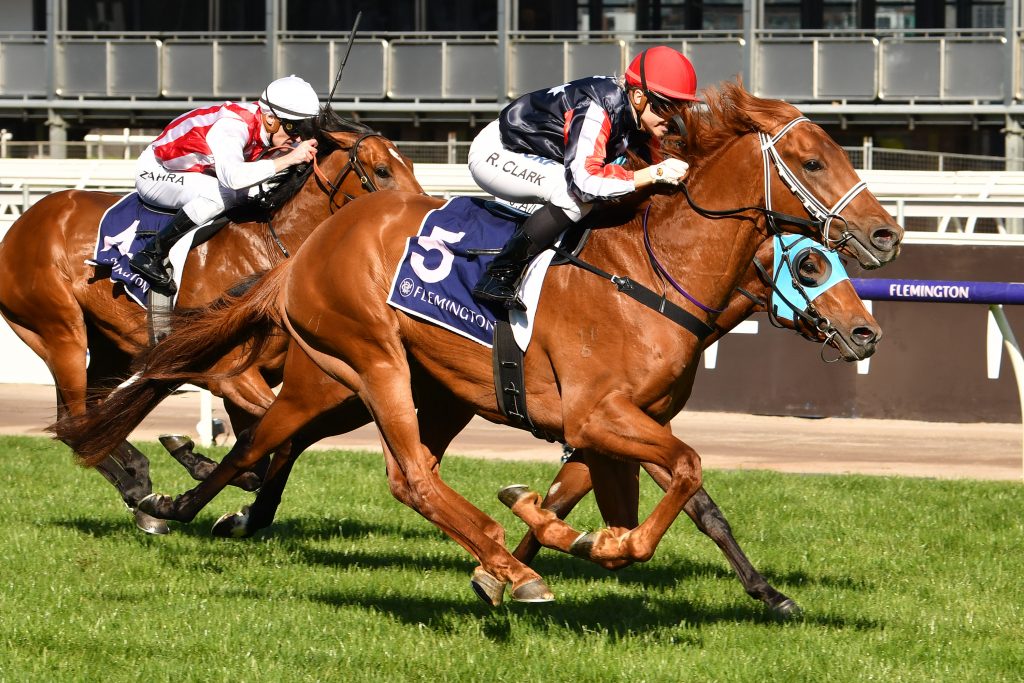 When a ‘twos-on’ favourite wins the main lead-up to a race like the South Australian Derby, generally all that ensures is their grip on the Group 1 becomes even more vice-like.

But the build-up to this year’s SA Derby is anything but traditional.

Dalasan justified his $1.50 quote in Saturday’s G3 Chairman’s Stakes (2000m) at Morphettville, but it was the eye-catching run of third placegetter Warning that will have many salivating over the 2500-metre race on May 9.

Add to that the intrigue around surrounding Russian Camelot, who was Derby favourite before his scratching from his final lead-up at Flemington on Saturday, and it shapes as the most intriguing SA Derby in years.

Racing.com’s Adelaide expert James Jordan certainly thinks the Derby is more open than what it was before the Chairman’s, despite Dalasan’s soft 1.3-length win.

“If you were to price up the Derby purely on those chances, on the SPs (starting prices) they started today, you’d probably have Warning a little bit closer to Dalasan,” Jordan said minutes after the Chairman’s.

“He (Warning) was an eye-catcher late and, obviously, that extra 500 metres in the Derby is worth considering.

“But, all in all, I think they’d be very happy, the connections of the winner.”

Macdonald certainly would not be interested in swapping his charge, who was ridden to victory by Jason Holder.

“He always looked good in the run, he did have to chase the leader, but he did that pretty comfortably and he (Holder) was kind to him the last bit,” Macdonald said.

Dalasan, who continues to emphasise his versatility after twice winning Group races over 1200m earlier in the season, became Macdonald’s fifth winner of the Chairman’s Stakes.

Only one of them – Rebel Raider, who ironically completed the VRC Derby/SA Derby double Warning is chasing – went on to win the Derby and Macdonald said Dalasan has more strings to his bow than that galloper.

“Rebel Raider was just an out-and-out stayer, but this horse has got more brilliance than Rebel,” he said. “He does make his own luck a fair bit.”

Dalasan’s win completed a winning treble for Holder, following earlier wins aboard Wild Vixen in the Listed Nitschke Stakes and Seemingly Discreet in the 11th heat of the SA Sprint Series (Racer 6).