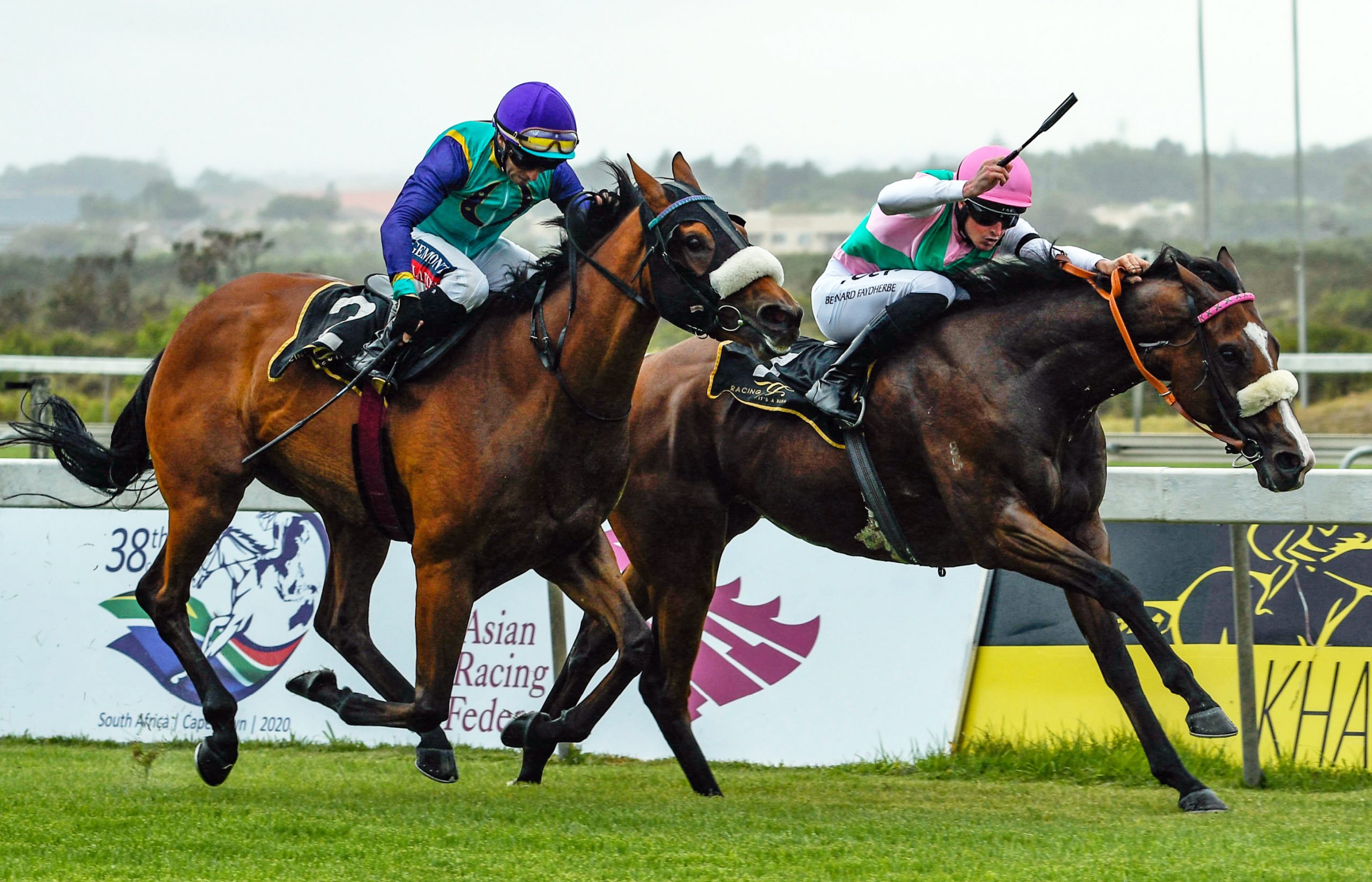 Easy to back, Crown Towers came into Saturday’s 1600m contest having finished last in the G1 L’Ormarins Queen’s Plate, but clearly benefitted from a significant drop in class, and showed plenty of heart in landing his first feature race win.

Given a fine ride, Crown Towers was always positioned just off the front running Spectra Force, and when the latter dropped away turning for home, the gelding moved up into the lead 200m from home.

However, the Andre Nel trained Capoeira (who had beaten Crown Towers by two lengths two starts previously) was looking very threatening down the centre.

Capoeira began matching strides with Crown Towers, but the latter, showing plenty of heart, refused to be beaten, and he stayed on gamely to record a head win over a gallant Capoeira (28-1).

Few punters would have enjoyed the result, with 27-4 shot Sovereign Spirit running on nicely for third, albeit more than two and a half lengths off the winner, with Capoeira’s stablemate Vikram (10-1) finishing fourth.

A third winner (from the first five races) on Saturday’s card for his trainer, Crown Towers was ridden to victory by Bernard Fayd’Herbe.

The Mill Park Stud, Inglis Premier-consigned Crown Towers, who was originally owned by Mayfair Speculators before being sold to current owners at a dispersal sale, is the 26th stakes winner sired by triple classic winner Camelot, whose other South African runners include G3 Langerman third place getter Finding Camelot.

Saturday’s winner was produced by the Galileo mare Miss With Attitude, who won five times and who ran third in the G2 MVRC Bill Stutt Stakes.

Miss With Attitude’s current yearling, a colt by American Pharoah will be offered at the 2020 Inglis Australian Easter Yearling Sale as Lot 80