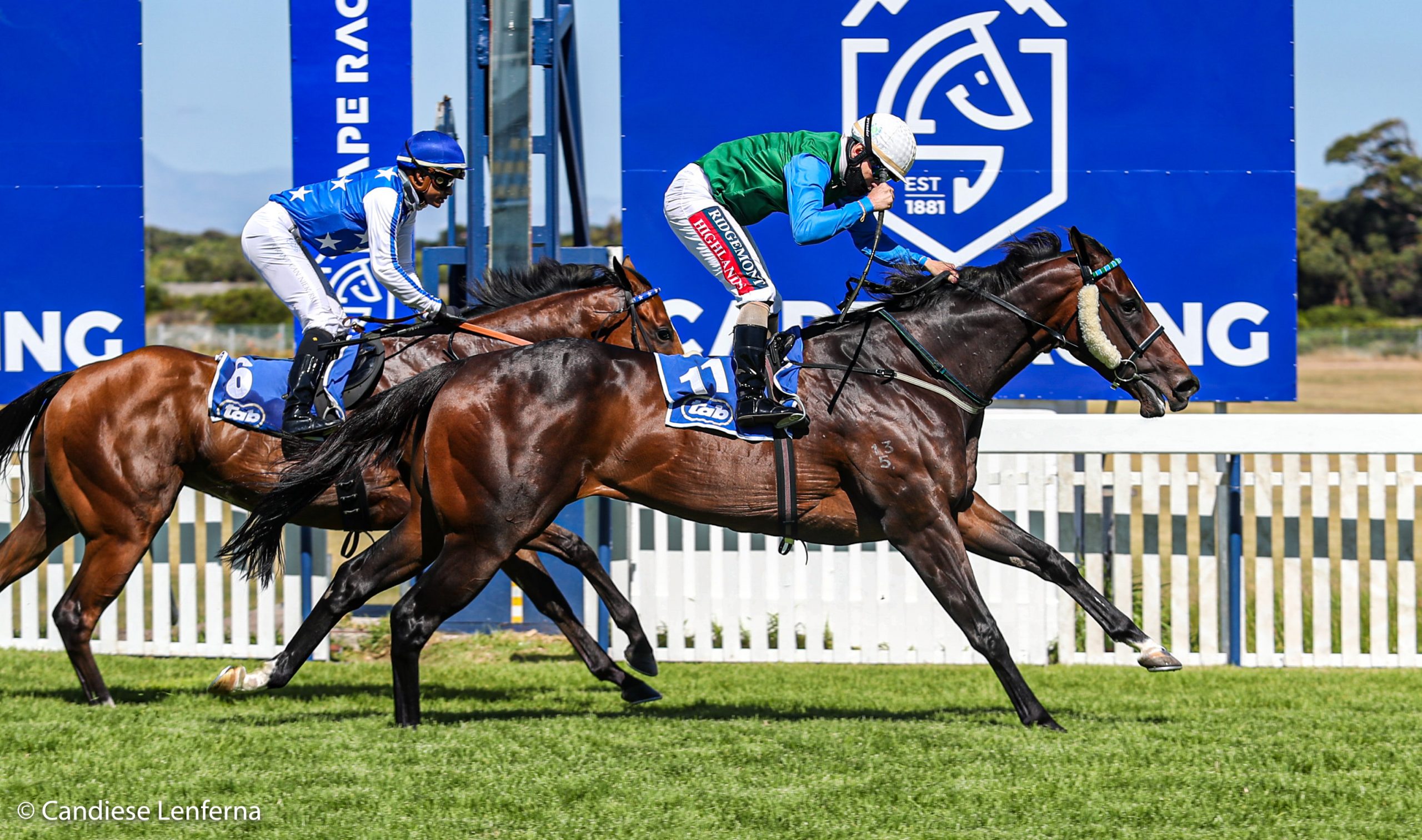 Run Fox Run’s breakthrough Grade 1 win in the Cape Flying Championship at Kenilworth on Saturday not only provided a boost to his Woodside Park-based sire Foxwedge but also another outstanding result for his breeders at Mill Park Stud.

Run Fox Run became the fourth individual Group 1/Grade 1 winner for Foxwedge, while giving South Australian nursery Mill Park Stud another cause for celebration. Over the past 18 months where it has toasted the success of graduates such as G1 VRC Derby winner Warning (Declaration Of War {USA}) and multiple stakes-winning filly Away Game (Snitzel).

The elite victory on one of South Africa’s greatest racedays was also a reward for persistence from her South African owners at Ridgemont Stud and her trainer Brett Crawford, who sourced Run Fox Run out of the Mill Park draft at the 2017 Inglis Easter Yearling Sale for $420,000. A multiple stakes winner, she had been runner-up in the G1 South African Fillies’ Sprint last June having earlier run fourth in the Cape Flying Championship in 2020.

“It was so well deserved. She’s obviously been competing at that highest level for a couple of seasons. It’s great to see her get that Group 1 and she can probably now be classed as one of the best sprinters in South Africa,” Chris Watson, Mill Park General Manager, said.

“It’s great to see her get that Group 1 and she can probably now be classed as one of the best sprinters in South Africa.” – Chris Watson

“It’s fantastic to see these Australian thoroughbreds competing at the highest level internationally and when it’s one of your own, it’s very fulfilling and very exciting.”

Her progression into being an elite sprinting prospect hasn’t surprised her breeders, who always held her in the highest esteem when they took her to market four years ago, where she fetched what remains the sixth-highest price for a yearling by Foxwedge.

“She as an absolute belter of a filly. I think she is still up there as one of the nicest conformed fillies we have ever taken to a sale. James Harron was the underbidder, trying to buy her for the Bateman family. She was an extremely attractive filly and she oozed quality. We had all sorts of people chasing her at the Sale,” Watson said.

Run Fox Run is from a family that Mill Park has had a long and successful association with, having sourced her third dam Twitter (Kendor {Fr}) back in the 1990s. Twitter produced the G1 Thousand Guineas winner Serious Speed (Royal Academy {USA}), among her six winners which also included Classic Status (Marscay).

Two years ago at the Inglis Easter Yearling Sale, Victory Cry’s colt by Written Tycoon was sold for $900,000. Named Victory Tears, he is yet to debut for Tony and Calvin McEvoy.

“It’s family that has been kind to us on the track and in the sales ring as well,” Watson said.

“It’s family that has been kind to us on the track and in the sales ring as well.” – Chris Watson

Mill Park was set to offer her now 2-year-old colt by Astern through last year’s yearling sales season, but logistical difficulties for the South Australian stud made that impossible and he has been retained to race.

“He got a little caught up in the COVID issues last year and there were all sorts of logistical challenges getting our horses to the sales. We liked him so much, we decided to keep him and race him, and we syndicated him privately. He’s in training with Phillip Stokes,” Watson said.

“He doesn’t look like he’s going to be an out-and-out sprinter, but all the reports we are getting are that they like him a lot.”

Victory Cry does not have a yearling colt this season but did foal another Written Tycoon colt in the spring which is already making an impression.

“He’s very much in the mould of the early sprinting style of horse. He’s a lovely forward, strong, attractive colt and I’ll be looking forward to taking him to next year’s sales,” he said.

The mare is now in foal to Deep Field.

“It’s lovely to take these progressive families that just keep giving to the sales each year. It makes life very easy,” Watson said.