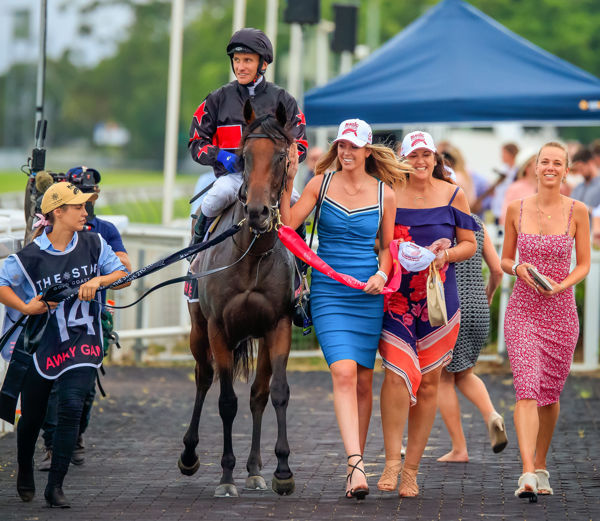 Bookmakers have the Listed Thoroughbred Club Merson Cooper Stakes (1000m) at Sandown on Saturday as a two-horse race with the unraced pair Brazen Boy and Forbes dominating the betting.

The Anthony and Sam Freedman-trained Forbes is the most expensive of the 107 yearlings sold from the first crop of Capitalist.

He was purchased by James Harron Bloodstock for $750,000 out of the Newgate Farm draft at the 2020 Gold Coast Yearling Sale.

Another Capitalist from the Newgate Farm draft making a start in the Merson Cooper is Marine One who was knocked down to Kennewell Racing/Group 1 Bloodstock P/L (FBAA) for $500,000, the sixth most expensive lot by his sire.

The one garnering the most attention in the race is the Phillip Stokes-trained Brazen Boy.

The gelded son of Brazen Beau made everyone sit up and take notice with a 14 length demolition of two opponents in a barrier trial at Morphettville on October 27.

Raised on the hallowed paddocks of Mill Park Stud, Brazen Boy is a descendent of Swettenham Stud’s Gr.3 VATC Blue Diamond Prelude winner Freedom Fields (Bluebird) who may have a big day on Saturday. She is the fourth dam of Godolphin’s Lonhro gelding Ranier who is a favourites chance in the $1 million The Hunter (1300m) at Newcastle.

Freedom Fields was herself a moderately successful broodmare.

She had just four winners from 10 foals led by the stakes-placed Liberty Hall who was third in the Group 1 AJC Champion Stakes.

Her daughters may not have performed on the track, but they certainly did in the broodmare barn.

A daughter of Royal Academy (USA) Liberty Rose is the granddam of the Group 1 ATC Randwick Guineas winner Inference (So You Think) who is standing his third season at Chatswood Stud.

Cherry Garden’s sister Abbotswood did not strike a blow in four starts on the track however she has played her part as the dam of the Listed QTC CE McDougall Stakes winner Tantra (Royal Academy), the stakes-placed Elusive Wonder (Elusive Quality) and the winner Dawnie Dancer who is the dam of Listed winner Oak Park (More Than Ready).

Elusive Wonder is carrying on the tradition as the dam of the Listed SAJC Dequetteville Stakes winner and dual Group III-placed Modern Wonder (Snitzel).

A $210,000 purchase at the 2007 Inglis Australian Easter Yearling Sale, Elusive Wonder was purchased by Hancock Quality Bloodstock for $140,000 out of the Yarraman Park draft at the 2009 Magic Millions National Broodmare Sale.

It has proven to be an inspired and highly profitable choice as the daughter of Elusive Quality (USA) has had five yearlings to go through the ring for a return of almost $2 million.

The latest was a Not A Single Doubt filly that was purchased by Aquis out of the Segenhoe Stud draft at this year’s Magic Millions.

Cocoa Doll has a yearling filly by Written Tycoon and a colt foal by Trapeze Artist.