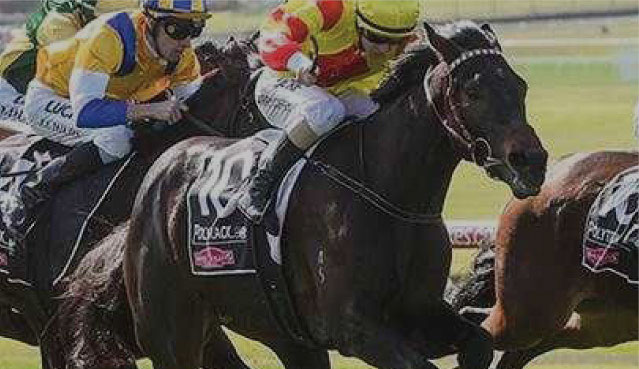 On a day that features nine stakes races across Australia, Saturday’s Super Vobis 3-Y-O Hcp (1500m) at Moonee Valley carries no black-type and may get lost in the scheme of things, but it will go a long way in determining the classic aspirations of several of the runners.

Not the least of those is the nominal favourite Approach Discreet.

The Darren Weir-trained son of Dawn Approach (IRE) is coming off an eight and a half-length romp over 1508 metres at Morphettville on August 25.

On that occasion, he looked to be struggling on the turn when his stablemate Reward For Silence set up a commanding lead. That quickly changed in the straight when Approach Discreet needed little more than a hand ride by Mitch Aiken to dominate his rivals.

With Aiken’s allowance, he carried just 54.5kgs that day but will be asked to carry 4.5kgs more on Saturday in a considerable stronger race.

But he does look a progressive type and the stable has stated the Victoria Derby is the goal this spring. He improved from a career debut third over 1200 metres at Cranbourne on July 26 to a comfortable win over 1300 metres at Sandown three weeks later. Another from that amazing stakes producing factory at Mill Park, Approach Discreet (pictured as a yearling above) was purchased by D Weir / John Foote Bloodstock for $360,000 at the 2017 Inglis Easter Yearling Sale.

That makes them the top two most expensive yearlings by the 4-time Group 1 winner Dawn Approach (IRE) to be sold in Australia.

But that is nothing new for Approach Discreet’s 4-time stakes-winning dam Very Discreet whose son Naafer was the most expensive yearling by champion sire Lonhro sold in 2016 when he was knocked down to Shadwell Stud for $560,000 at the Inglis Easter Yearling Sale.

This is the famed ‘Discreet’ family of South Australian breeder David Peacock.

A daughter of Exceed And Excel, Very Discreet was not just a star on the track she is also very well-related. David Peacock obviously has an affinity with Darley stallions as he sent Very Discreet to visit Frosted (USA) last spring after she had foaled her first filly, a daughter of Street Boss (USA).

Exceed And Excel is starting to make his mark as a broodmare sire.

His daughters have produced the outstanding Medaglia d’Oro colt Astern and Sepoy’s top-class daughter Alizee as well as Lonhro’s star filly Bounding who was purchased by Stonestreet Thoroughbreds for $1.9 million at the 2016 Magic Millions National Broodmare sale.