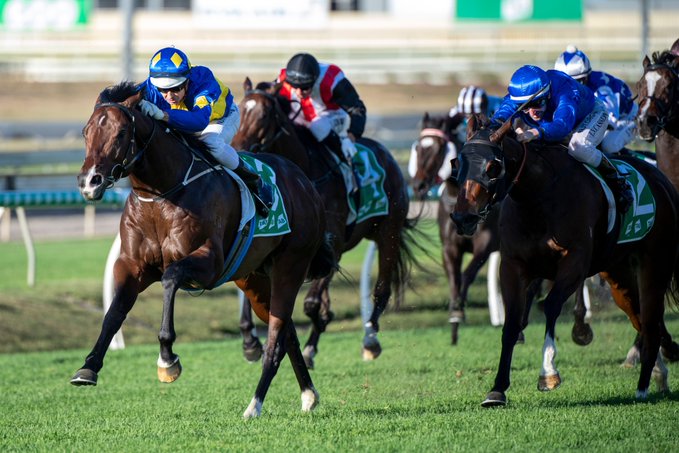 There a few more likeable horses than the honest three-year-old Dawn Passage who earned a spot in next week’s Group 1 Stradbroke Handicap following a dominant performance in Saturday’s Group III Fred Best Plate at Doomben.

The Gai Waterhouse and Adrian Bott-trained colt was made to work to get a forward position before Brad Stewart guided the handsome son of Dawn Approach (IRE) to a three-quarter lengths win over Snitzels’ Magic Millions 2yo Classic heroine Exhilarates with the Rip Van Winkle (IRE) filly Subpoenaed the same distance back in third.

It made it three wins on the trot for Dawn Passage who advances his record to 5 wins a second and a third from 10 starts with earnings of $683,150.

“He’s racing in great form he’s learnt how to race since his last preparation, it was actually good to see him have to go forward and do a bit of work early and still win comfortably,” Adrian Bott said.

“We always planned for the week backup into the Stradbroke, we got him up to Chris Munce’s stables nice and early where he obviously settled in well and he’ll just have a nice light week leading into next Saturday.”

“Physically he’s come a long way but mentally he’s come even further, he’s much more tractable in his runs, has tactical speed and has shown he can stretch out in trip.”

“He just used to get a bit far back as a young horse and as we just saw he has the versatility to race on speed, which opens up options for him.”

“I think Eagle Farm should suit him down to the ground next week, if we can draw the centre or wider keep him off the fence he should really enjoy the open spaces.” 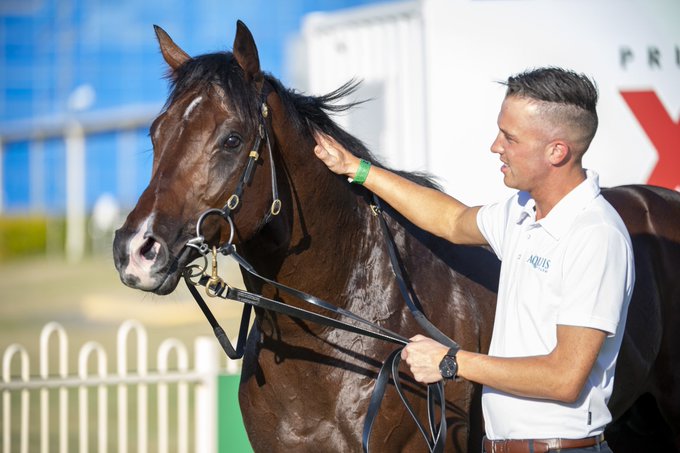 Dawn Passage won two of his three starts including a win in the Listed Rosebud (1100m) and was not far away when taking on the silk department in the Group 1 Golden Rose, Group II Run To The Rose and Listed Darby Munro Stakes.

After claiming the Group III Hawkesbury Guineas on April 25 he backed that up with an easy win in the rich Inglis 3yo Guineas at Rosehill on May 16.

Few would have welcomes the win more than James Innes Jnr who is in quarantine to take the mount on Dawn Passage in the Stradbroke.

Consigned by Mill Park Stud to the 2018 Inglis Premier Yearling Sale, Dawn Passage was knocked down to A Bott / G Waterhouse / Blue Sky Bloodstock for $150,000. 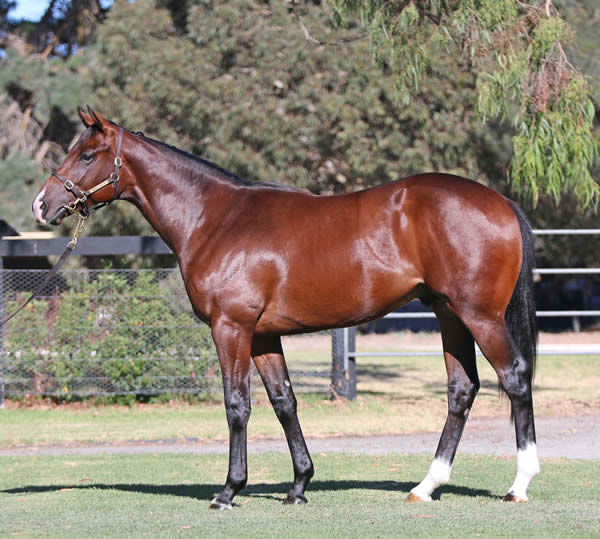 Bred by South Australian Hall Of Famer Harry Perks, the son of former Darley shuttler Dawn Approach (IRE) is a half-brother to the Group III SAJC Jansz Stakes winner Dinkum Diamond (Keep The Faith), out of Raja Lane, a crack racemare by Devaraja, who banked over $428,000 with seven wins highlighted by the Group III SAJC Dermody Stakes.

Dawn Passage is the eighth foal and the sixth winner for the pensioned Raja Lane who is also the dam of the Group III winner Dinkum Diamond (Keep The Faith) who is the dam of the highly talented Graff a $1 million earning son of Star Witness.